1. MASH UP MADNESS! Pandora radio usually gets me spot-on, but lately it’s been pulling some serious WTF’s on me.  Like Britney Spears’ “Don’t Hold it Against Me” followed by Violin Concertos by people I can’t even pronounce.  Weird.  Someone w/ a similar situation got more creative with the predicament, and I’m LOVING it.  The result is a mash up between Cee-lo’s “F*ck You” and Chicago’s “Saturday in the Park.” Bloody brilliant!  via Urlesque: Forget Sunday.

3. Why I Don’t Get Laid New website that sort of reminds me of True Office Confessions.  I have a feeling someday someone is going to write something along the lines of “because I have my nose buried in a sexy book”. http://whyidontgetlaid.com/

4. Say it with Bacon One might think that a fan of romantic novels is probably a fan of a romantic holiday like Valentine’s day.  HA! No, I am not a big fan, and have never really been a fan.  In lieu of flowers, I give you a salty crunchy alternative: http://www.foodiggity.com/this-valentines-day-say-it-with-bacon/

5. The Most Terrifying Bridges on Earth Looking at these I couldn’t get Indiana Jones and The Temple of Doom out of my head.  http://brainz.org/10-most-terrifying-bridges-earth/ 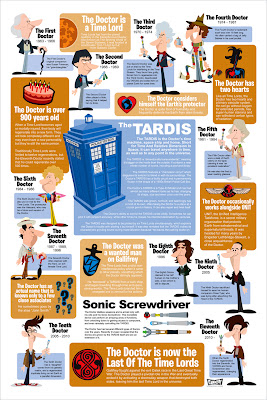 6. The Ultimate Whovian Cheat Sheet Thanks to The Daily What for posting this. Bob Canada’s Blogworld designed and posted a Doctor Who Infographic which has been making the rounds.  LOVE it.  Not familiar with Doctor Who? No problem – just read the graphic.  Love Doctor Who? Awesome – you’ll love the graphic.  Have no idea what I’m talking about?  LAME.

7. X-Men: First Class Trailer Release There was some backlash a few weeks ago about a leaked “unofficial” cast photo from the upcoming X-Men flick starring James McAvoy and Michael Fassbender.  Fanatics weren’t happy with it.  Well, friends, the official first trailer was released this week and all I can say to those HATERS is EAT IT!  The trailer was sweet, making this movie look potentially awesome.  Potentially.

Quote of the Week