A short week here at the Raunch Ranch, what with only having officially been live for a few days.Â  But here’s my week round up.

If you were surprised by any of the nominations for best who-sa-whatties for 2010 than you must live under a huge ass rock.Â  The King’s Speech, The Social Network and True Grit made out like bandits.Â  I only recently saw the first two myself, but I have True Grit lined up to watch.Â  The King’s Speech was uh-mayzing. Colin Firth, hands down, is getting that statue.Â  Geoffrey Rush was splendid as well (I heart him).Â  The Social Network was good, but I’m honestly not sure what all the fuss is about.Â  Jesse Eisenberg was fun to watch.Â  I’ve always kind of thought he was adorable.Â  I’m rooting for Natalie Portman for best actress.Â  I personally really enjoyed Black Swan, but I danced for over fifteen years so ballet is somewhat near and (kinda)dear to my heart. I probably saw more in that movie than the average Joe.Â  But whatevs, Portman’s portrayal of a nutjob psycho was grrreat.

Trifecta of Bergs – Andy Samberg, Jesse Eisenberg and Mark Zuckerberg made for an amazingly awkward and hilarious opening monologue for the week’s Saturday Night Live. 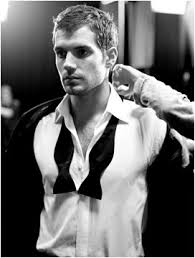 Zack Snyder (300, Watchmen, Suckerpunch) is doing a reboot of the Superman franchise, and Henry Cavill was announced as the latest Man of Steel.Â  Well…I wasn’t looking forward to Superman but I am now.Â  Why hello there, Duke of Suffolk, what smashing red cape and blue tights you have there.Â  Henry Cavill as Clark Kent?Â  Yesh Pleash.

If you’re not familiar with Fafarazzi then grab a few of your friends and prepare for mayhem at the expense of celebrities.Â  Think fantasy football but with celebrities and scandal sheets.Â  You earn points each time one of your team celebs is mentioned.Â  In other words, you find yourself hoping somebody gets: knocked up, arrested, divorced, rehab interred or dead.Â  Fantastic good fun.Â  My coworkers and I just startedÂ  a new three week season to take advantage of the awards season.Â  Guess what place I’m in?Â  Fourth.Â  Bitches.Â  I even have Charlie Sheen.Â  I KNOW!

I had this book pre-ordered and taunting me every time I opened my Nook app for several months. Pure. Torture.Â  January 18 came and the first thing I did after cracking open my eyes from sleep was open the book.Â  A mostly satisfying conclusion to an excellent series.Â  Mostly, I was just glad to get some Barrons. 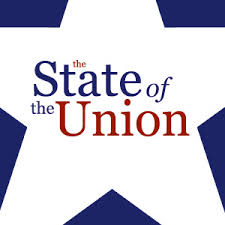 6. The State of the Union address

Oh wait, that was on? Damn.Â  Pretty sure I was watching The King’s Speech instead.Â  Much more entertaining display of a public figure.

Bloody brilliant film.Â  TOTALLY worth all the buzz it’s getting. Do you know the F word?