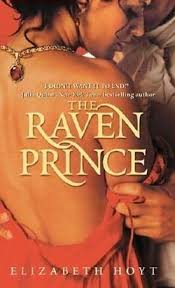 Official Synopsis: There comes a time in a woman’s life when she must do the unthinkable – and find employment. For the widowed Anna Wren, that means taking a job as female secretary for the Earl of Swartingham. Secretaries are always male – never female – as Anna well knows but the real downfall of her career is the realization that she is falling in love with Edward de Raaf – the Earl. But when she realises that he is going to visit a brothel in London to take care of his ‘manly’ desires, Anna sees red – and decides to take advantage of the opportunity to also take care of her ‘womanly’ desires – with the Earl as her unknowing lover. But the Earl has another reason for going to London. He is formalizing his betrothal and trying (with little success) to forget about a secretary that has no right being female. Unhandsome, he knows that no woman wants him. Except for the mysterious lady with whom he spent two unforgettable nights at Aphrodite’s Grotto, the most scandalous brothel in London. But when Anna?s plan is revealed, a bit of blackmail is thrown into the mix, a proposal is rejected and even the Earl himself will be unprepared for the intrigues that ensnare them.

This is the first in a trilogy of “Prince” series for Elizabeth Hoyt.Â  Anna Wren is a widow that has fallen on hard times, and with her chin held high she begins to seek employment.Â  She finds it with The Earl of Swartingham as his secretary.Â  Typically reserved for men, taking the job doesn’t really phase Anna.Â  She’s just glad for some income.Â  Anna has the patience of a saint, and she has to in order to deal with Edward de Raaf.Â  The earl is demanding, impatient and temperamental.Â  Though not terribly handsome, Anna finds herself intrigued by him and she begins to enjoy her time with him.Â  Edward, in turn, begins to realize there’s more than meets the eye to the woman who boldly answered his employment ad, and he begins to find himself distracted by her presence.

Thus begins the silliness of the two of them elegantly dancing around their attraction to one another.Â  The pages drip with sexual tension, and when the two finally *FINALLY* come together it’s lovely and leaves you yearning for more.

I really enjoyed this book, so much so I followed it up with the next two in the series.Â  The Raven Prince’s cousin, The Leopard Prince, is my favorite in the Prince Series, but RP is a great romance read. Hoyt dances the line between romance and erotica, and it’s a dance I’ve come to very much enjoy.Â  She’s definitely one of my favorite authors in the genre.

What I Loved about this Book: A strong heroine, a less-than-perfect hero, and a romantic story that is believable and relatable

What I didn’t like: A bit predictable; it follows a similar structure to many other romance novels